Since ancient times, humans have never stopped fighting against diseases. During this process, numerous different diseases were discovered, which provided useful information for the treatment of these diseases. On June 1, two students from the 12th-Grade A-level biology class, Cici, and Meice, brought us a wonderful lecture about diseases in the recording room of Zhentao Building. Cici’s lecture was an overview of Leber’s hereditary optic neuropathy. Using simple and attractive slides, she explained, in detail, the causes, symptoms, and treatments of this disease. The pictures of a normal eyeball and a diseased eyeball do not look that different at first glance. Yet, the symptoms became obvious under her clear labeling and detailed explanations. Many complex terms such as ‘telamgiectasia’ became easy to understand with the help of pictures and her instruction. The other student, Meice, talked about myasthenia gravis (MG). In order to let the audience better understand the mechanisms of MG, she first explained how signals are transmitted from neurons to muscle cells. The meticulous and accurate introduction showed her impressive professional skills. In describing various types of MG, she used the latest statistics and elucidated the causes and symptoms of each type. Not only did the lecture allow the audience to understand the two diseases, but it also showed students the important roles of biological knowledge in understanding the mechanism of diseases as well as in disease detection and treatment. As a result, the lecture stimulated students’ enthusiasm for learning biology. 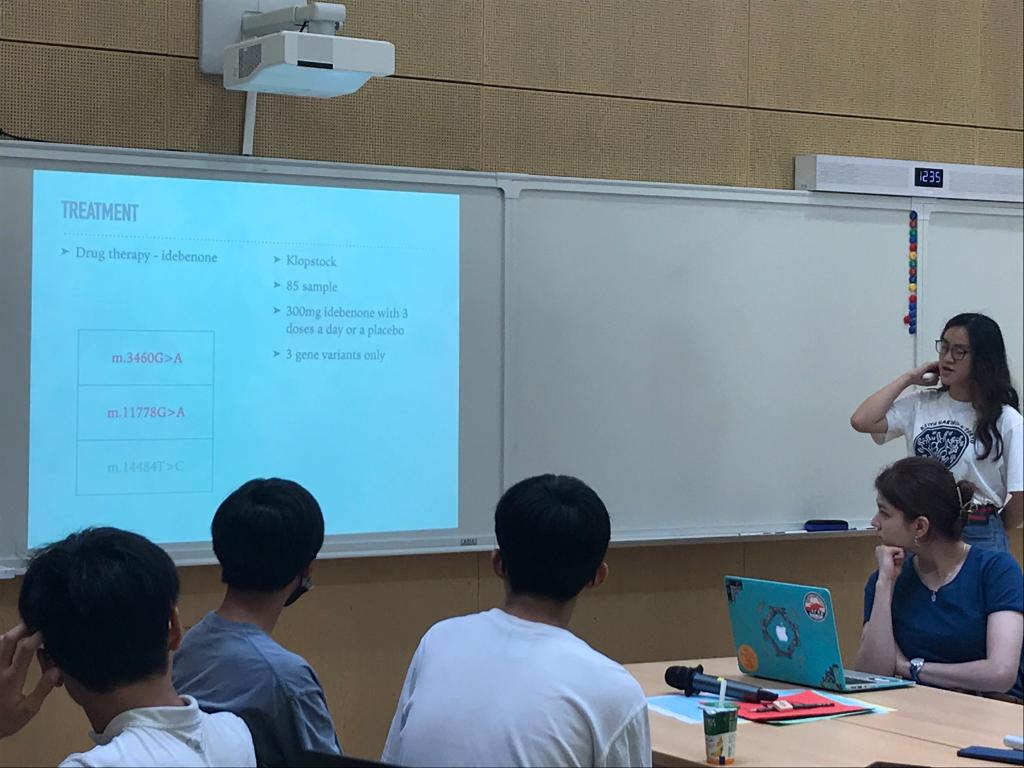 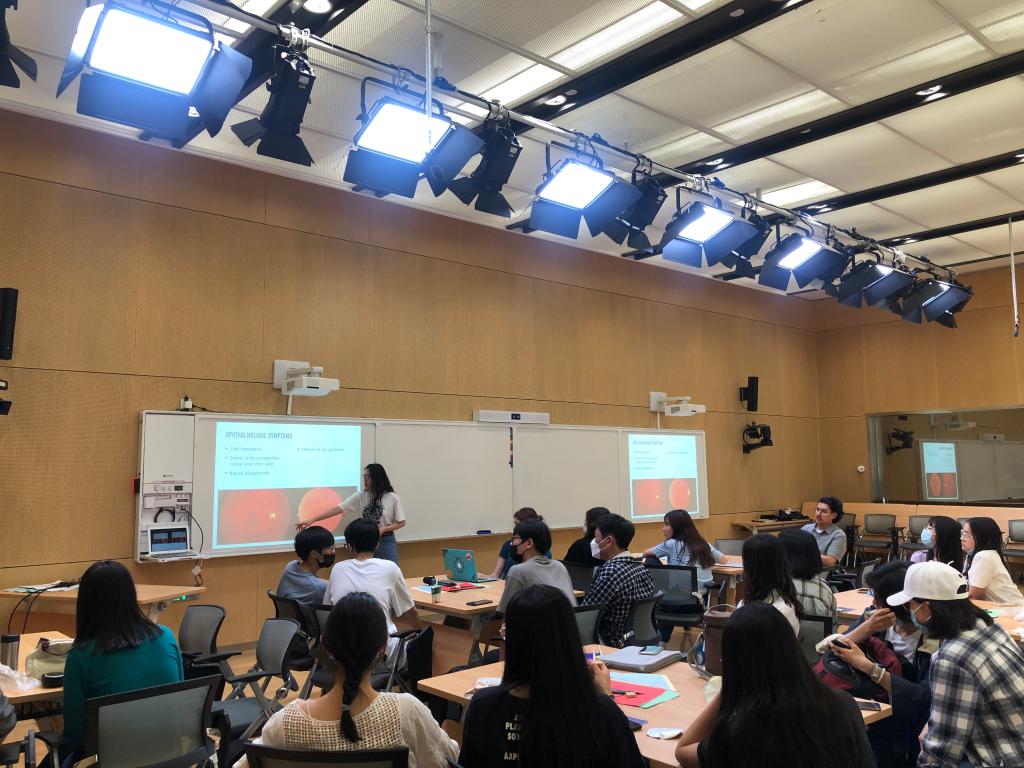