The 2020-2021 school year is a year of normalization of epidemic prevention and control, and revival of school activities. In this academic year, the SHSID adhered to the purpose of focusing on interests and achieving every student's dream, and aims to cultivate students’ talents with comprehensive personality. It strives to create a platform to encourage students to show themselves and pursue their dreams. Under the guidance of the instructors, the students continued to explore and break the limit through club activities and study groups. They have overcome many obstacles and won numerous awards in the returning competitions. A variety of achievements can be roughly peeped into from the following aspects.

SHSID High School students not only deeply studied subject knowledge and challenged high-level and difficult courses, but also maintained the initial passion for scientific exploration and were good at solving problems with what they had learned. During vacations, many students went to the laboratory, followed the university research group to learn about the academic articles, completed experimental data-collection and paper-writing by themselves, and insisted on completing their own scientific research projects with "patience, concentration, and perseverance".

Many students completed their research papers and achievements. Two groups of students got into the semi-finals of Yau’s Award of Science in Physics and Biology, and they won South China Second Prize in the end. 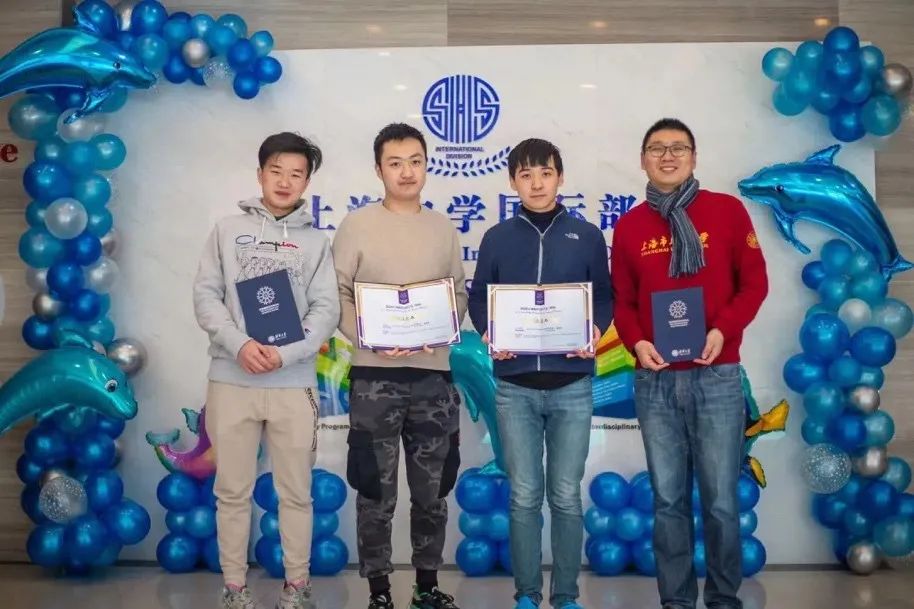 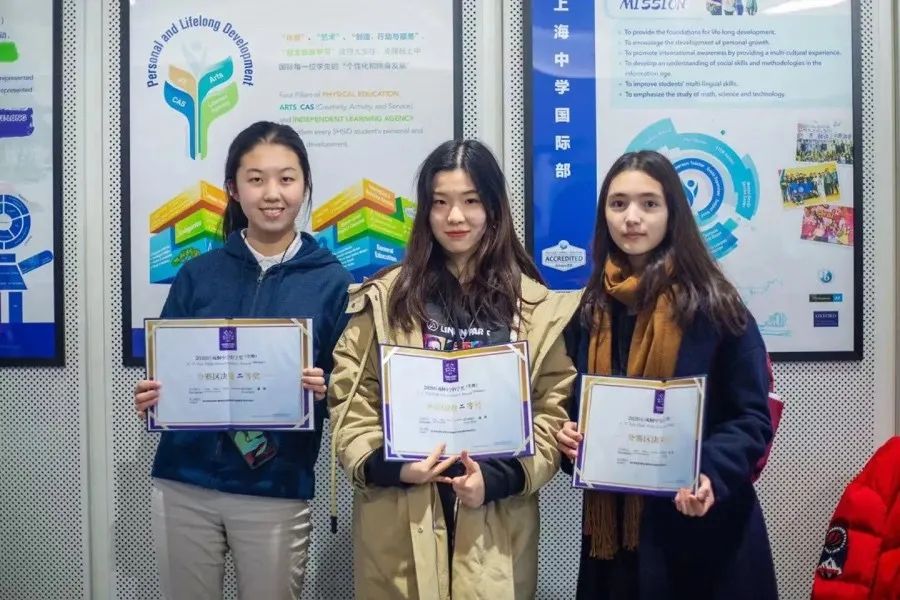 Students have put off great personal engagements and put in hard effort, which were vital to their excellence within the competition. Many students participated in the defense and evaluation of "Yuanpei Young Scholar" at Peking University. They discussed research methods and social issues they cared about with peers, experts, and scholars, and, ultimately, gained a lot from that experience. On behalf of SHSID, two students successfully qualified for the Intel International Science and Engineering Fair (ISEF) and won the Grand Award, which was a breakthrough for SHSID in recent years. 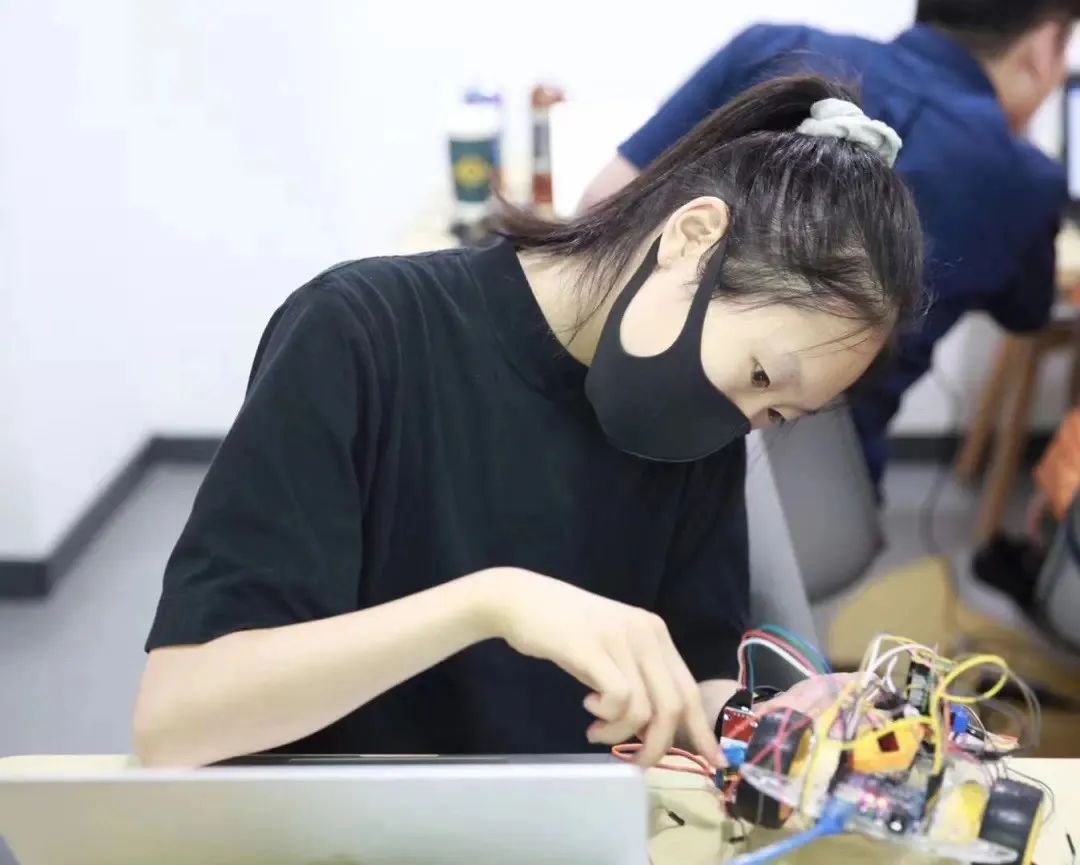 In addition, some students published high-level papers in well-known journals or applied for patents to gain higher recognition for their academic achievements. Standing on the stage of scientific innovation, these science enthusiasts received strict and sharp evaluation comments from experts at home and abroad. All of them realized that academic research is hard and long, and thus, they were determined to continue their research in relevant fields. 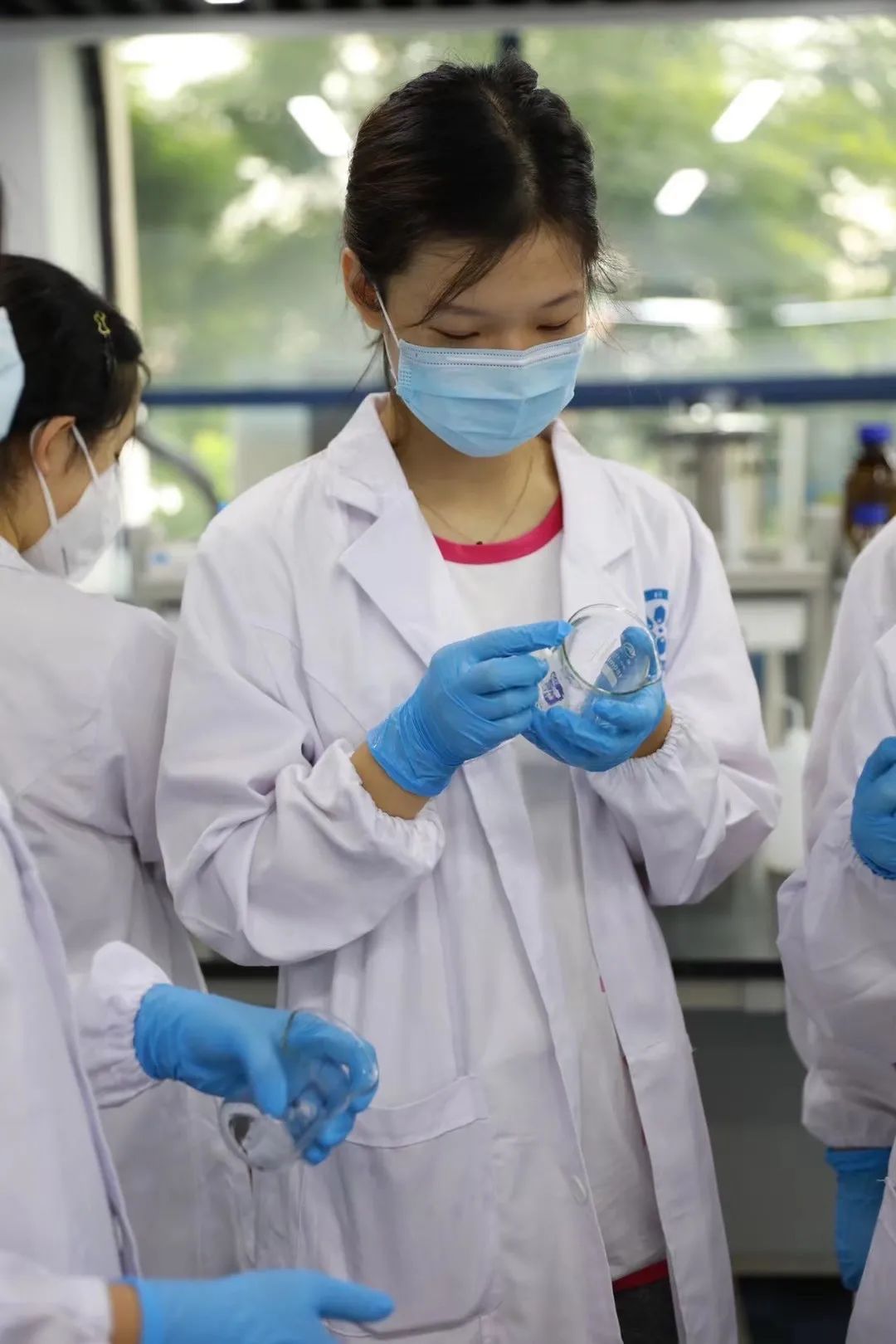 The excellent credits of the subject competition have always been an important way to reflect the teaching and education achievements of SHSID. Each subject group provides instructors for students with different interests and learning capacities, and sets up systematic learning clubs. These student clubs aim to participate in challenging various competitions, leading students to maintain the passion for in-depth and lifelong learning. After years of operation, these clubs have achieved excellent results.

The Mathematics Club of the school led other mathematics fans students to prepare for the competition actively and conducted systematic study in an orderly manner under the arrangement of the teachers. Finally, 31 students won the qualification of the American Invitational Mathematics Examination (AIME). In addition, six students were admitted to the highly-selective YAU Math Camp, and they are about to step into a higher learning platform to accept more powerful challenges. 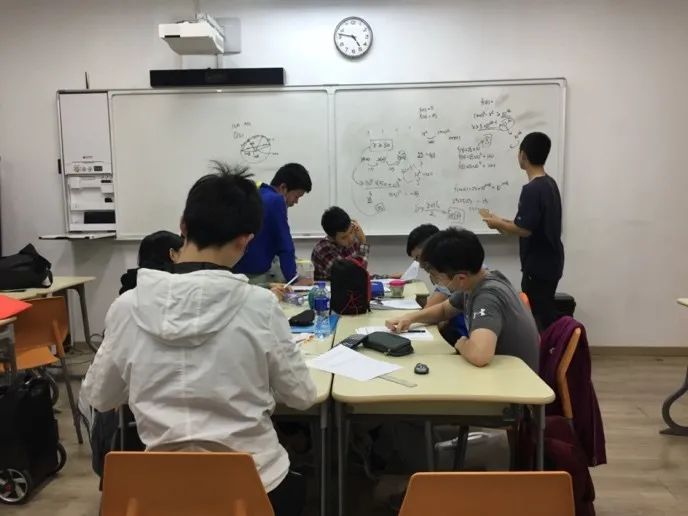 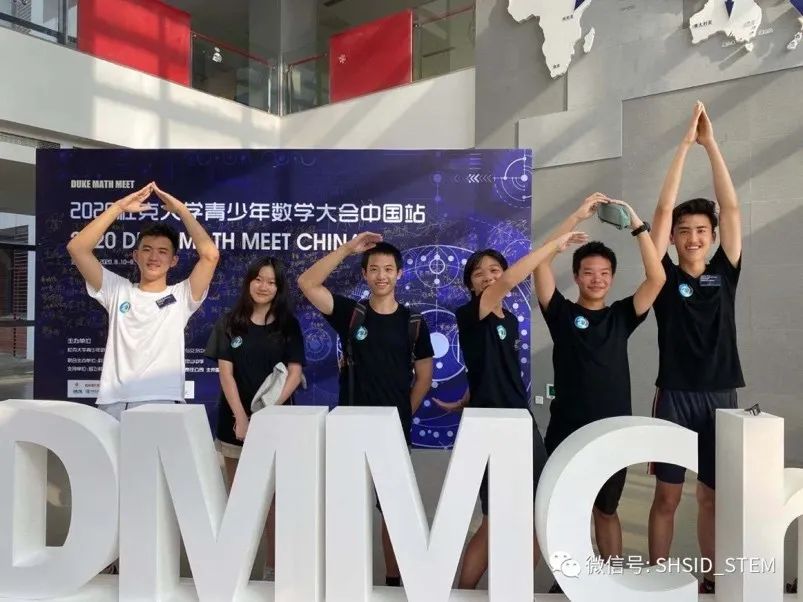 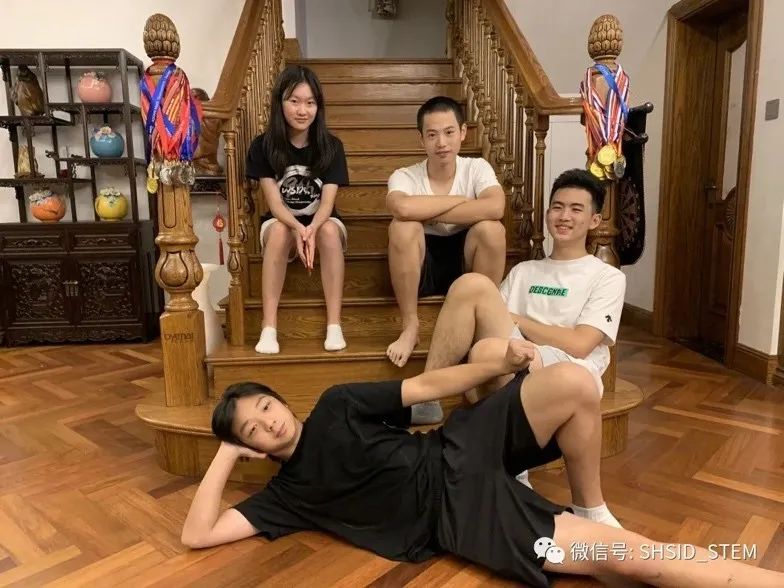 Princeton University Physics Competition (PUPC), held at the end of 2020, and the British Physics Olympiad (BPhO) have been well-known for their toughness and low-winning rate. SHSID High School won numerous medals at this year’s competitions and then reflected on their love of physics. The students made use of the winter-vacation time online with physics teachers to prepare for the contests and overcame jet lag and sleepiness on the race-day morning. They completed the F = MA Competition sponsored by the American Association of Physics (AAP) and were successfully promoted to the United States Physics Olympiad (USAPhO) which made a breakthrough in the subject of the physics competition.

With the joint efforts of different echelons of study groups, the Chemistry Club won awards in various competitions and also organized several discipline activities such as Chemistry Subject Day. 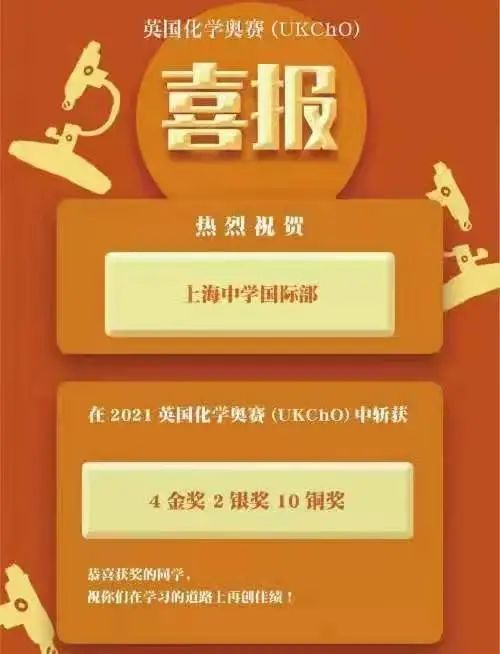 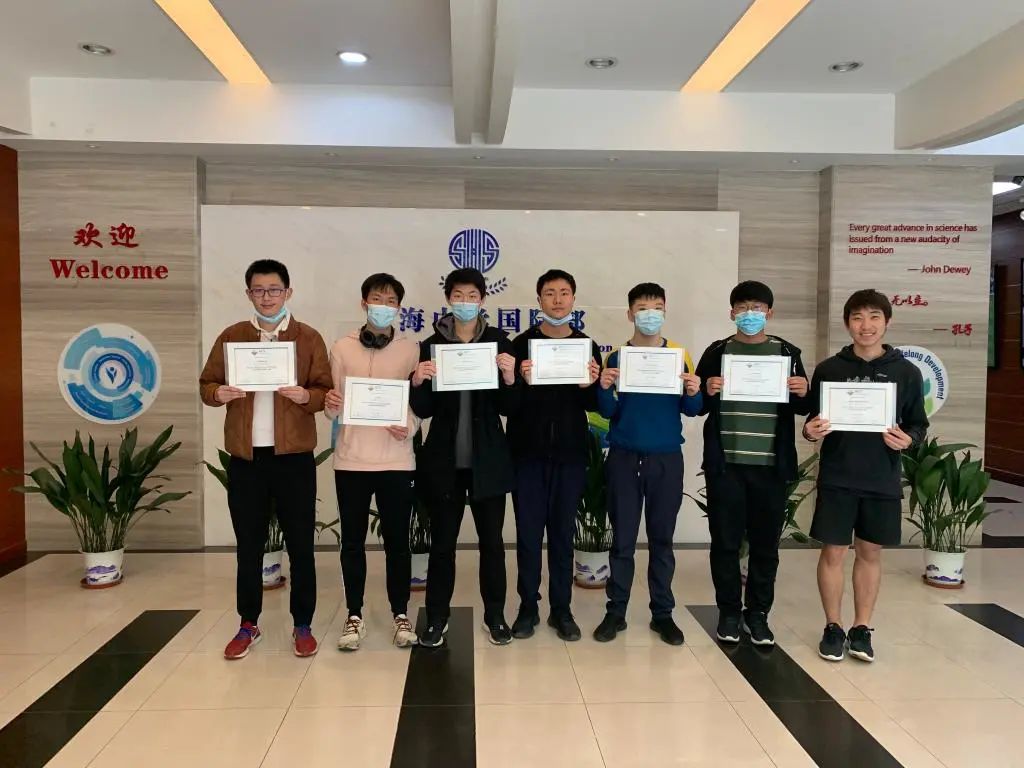 This year's British Biology Olympiad (BBO) and USA Biology Olympiad (USABO) underwent  a major transformation, the competition soared since global testing was switched to online testing. The students of the Biology Competition Club were not overwhelmed by the stress, but actively prepared for the competition and ended up with great results. The HOSA-Future Health Professionals is one of the most popular biology competitions and has been for the last few years. This year, with the hard work of HOSA Club, our competitors won top awards at lots of events and SHSID won the award for overall performance. The excellence is driven by the emergent force of the student clubs. 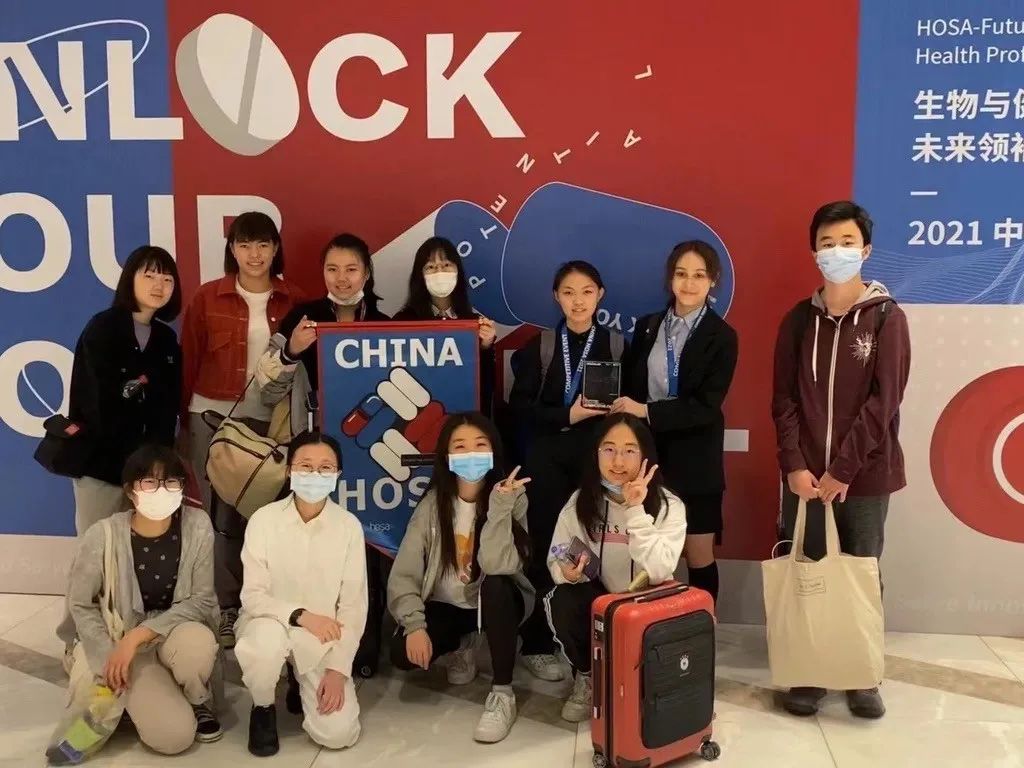 The Linguistic Olympiad Club at our school has been popular for many years. This year, students combined club activities with WeChat official accounts for science popularization and competition preparation together so as to encourage more students to pay attention to the linguistics competition and the cultural heritage behind each language. They won many individual and team prizes at the International Olympiad of Linguistics (IOL) and the Asia-Pacific Linguistics Olympiad (APLO). 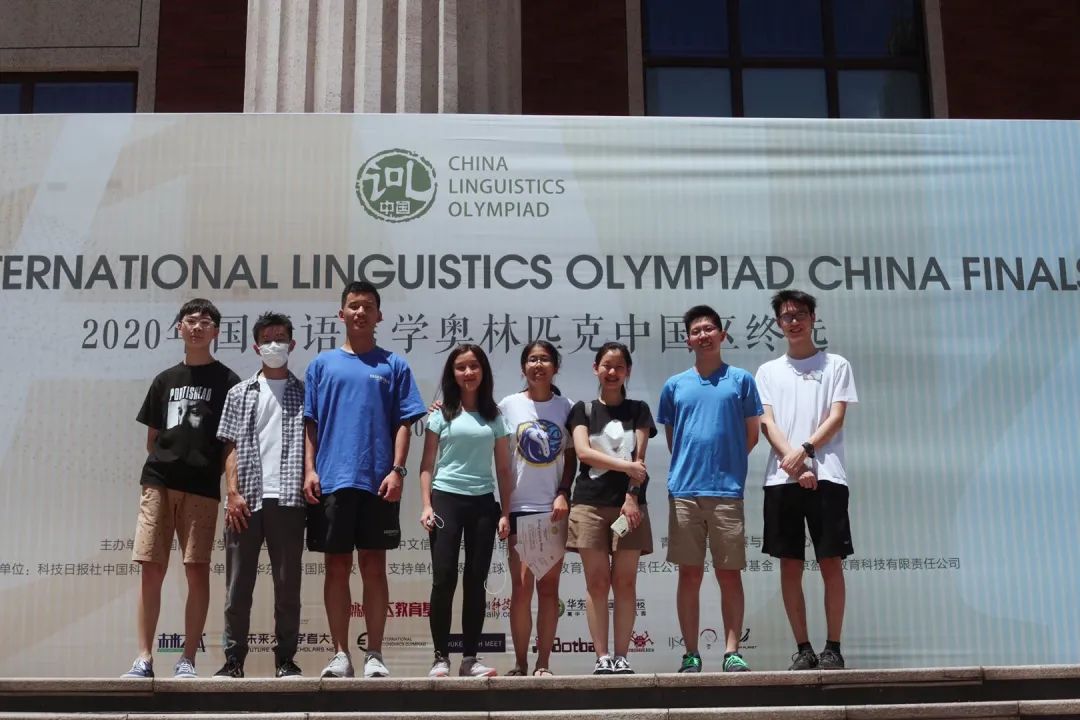 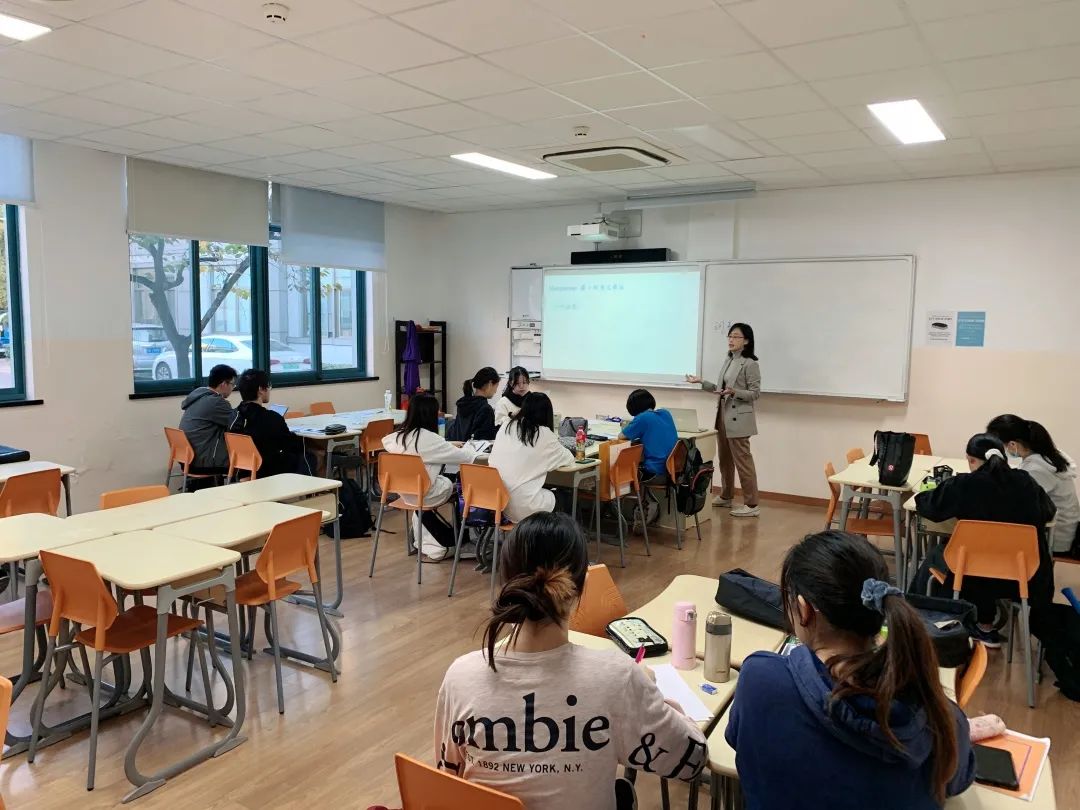 Two students with programming talent participated in the National Olympiad in Informatics (NOI) in Shanghai and participated in the 2021 winter training camp on behalf of SHSID for the first time. In addition, they also spent their spare time developing a variety of software applications and network servers for students to use. It is worth mentioning that one of our students was selected to be on the Information Olympic National Team this year and will represent his home country to participate in the International Olympiad in Informatics (IOI) at the end of June in the coming weeks. We here at SHSID wish him the best of luck.

During the competition of the International Economics Olympiad (IEO), Future Business Leader of America (FBLA), and the National Economics Challenge (NEC), the young business leaders of our school made great achievements again and regularly published their views on hot issues such as business and economic situations on the WeChat official account. 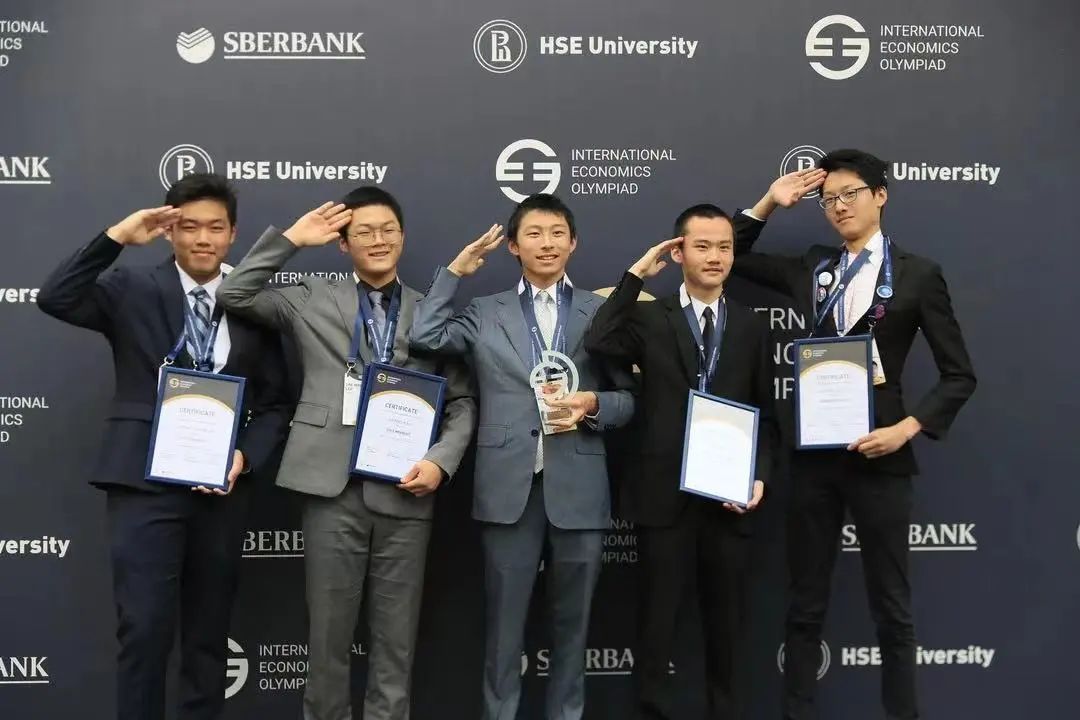 On the way to growth, the power of companionship is always the greatest. Regarding team collaborations, the students made great breakthroughs in competitions. At the Princeton University Mathematics Competition (PUMaC), the students overcame fatigue, worked together, and, finally, won the top three places among more than one hundred international teams. The United States Academic Decathlon (USAD) has always been a comprehensive-discipline competition that students of our school have been keen to participate in. This year, the finals were readjusted to be held online for the first time, spanning nearly 4 weeks. In the end, our students won the Division I among 60 international teams. 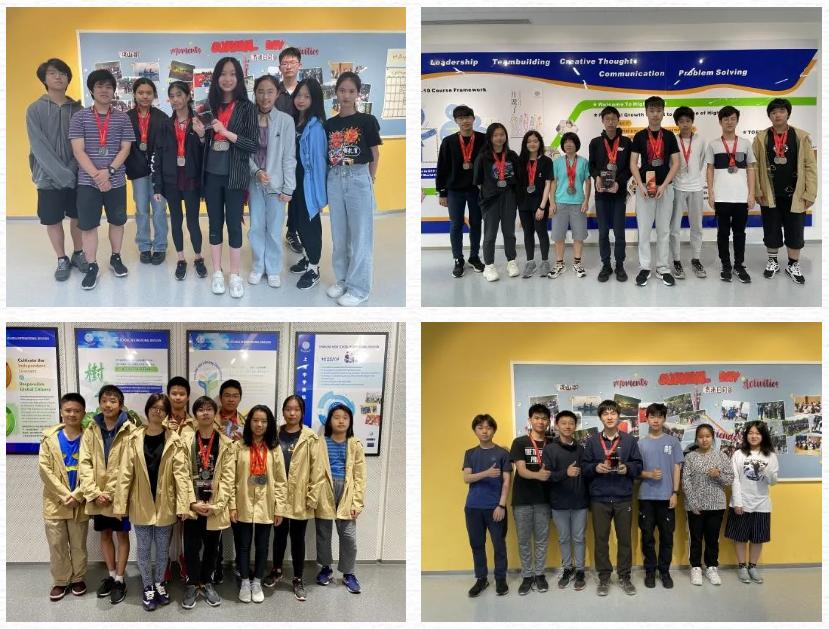 Environmental protection has always been the traditional interest of our students. The environmental-protection competition represented by "Envirothon China" was in full swing. With great help from teachers and the efforts of the students, SHSID made a great breakthrough again in the national competition, winning first place twice nationwide and representing China in the global competition. 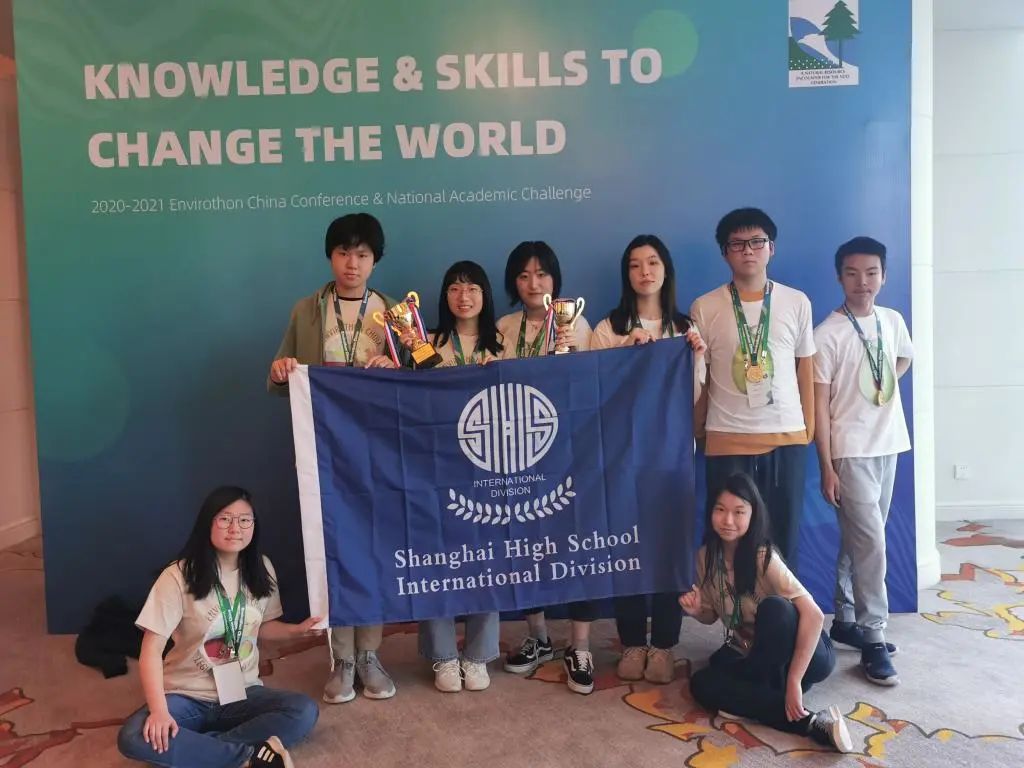 Our iGEM (International Genetically Engineered Machine) school team has become a classic culture for bioengineering. This year, they took the challenge, seeking for breakthrough, by striving hard in the laboratories. In addition, the students of our school showed perfect teamwork spirit in the Chinese debate and the American debate and won the champion one after another. It is worth mentioning that, the students completed the team formation, running in process, and final preparation all in a short period of time. Congrats to all our participants and winners! 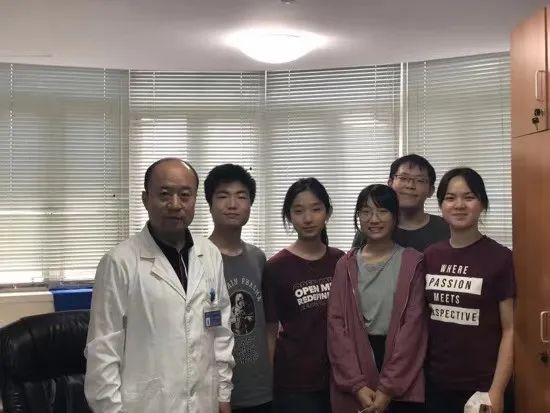 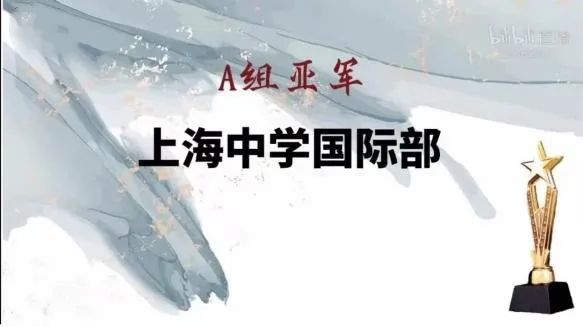 In addition to focusing on students’ own growth, the school encourages students to go out and use what they have learned and think about how to solve real-world problems. The Recyclists team at the CTB (China Thinks Big) contests in China focused on environmental issues pertaining to ice packs. After qualifying for the CTB global finals, they took the initiative to contact and went to relative manufacturer. After the visit, the team gained knowledge about the production of ice packs and also learned a new practice and research direction. 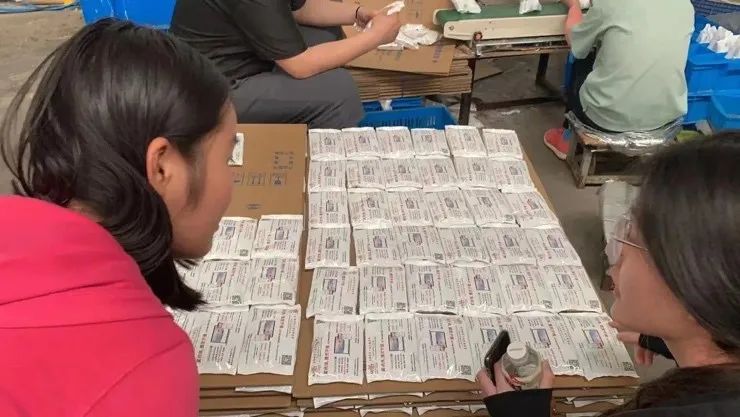 The SHSID of HG-罁 and GT-Racing team stood out in the National STEM League (NSL) in China. They faced off against teams of students from all over the world and won numerous awards such as the Racing Challenges Corners and Endurance Race, in which they got the first place. 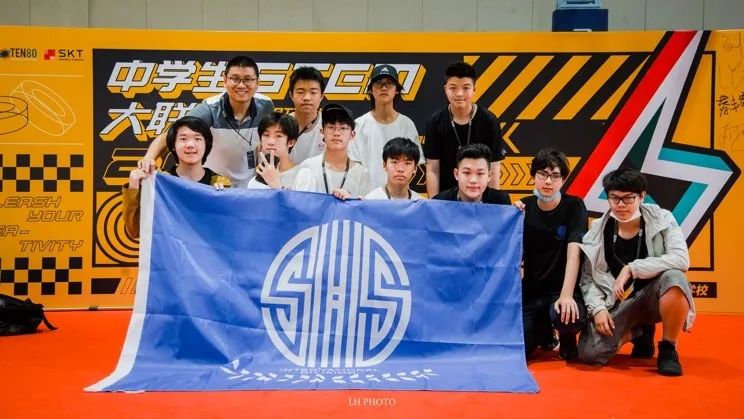 Four students from the Bird-Watching Club went to the Nanhui Dongtan Wetland in the southeast corner of Shanghai to participate in the "Linggang Birding-watching Competition" on behalf of SHSID. They recorded as many bird species as possible in the Nanhui Dongtan Wetland within the designated time, and the team that had found the most bird species won the first prize in the competition. 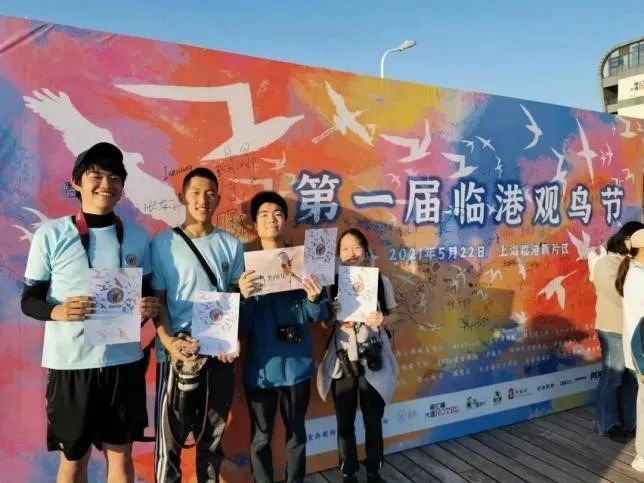 SHSID has set up a diversified platform to develop students' interests. Both project-based learning (PBL) and Academy courses play an indispensable role in building the scientific atmosphere and the platforms for students. These innovative and practical courses are student-centered, with the guidance of instructors students will learn and apply the knowledge through collaborative projects. These courses not only promote the students' understanding and application of core knowledge, but also train students in the exploration of the process and method of scientific research. Through these courses, high-school students have more opportunities to immerse themselves in the academic atmosphere of the subject and will become the challengers to solve real-world problems. 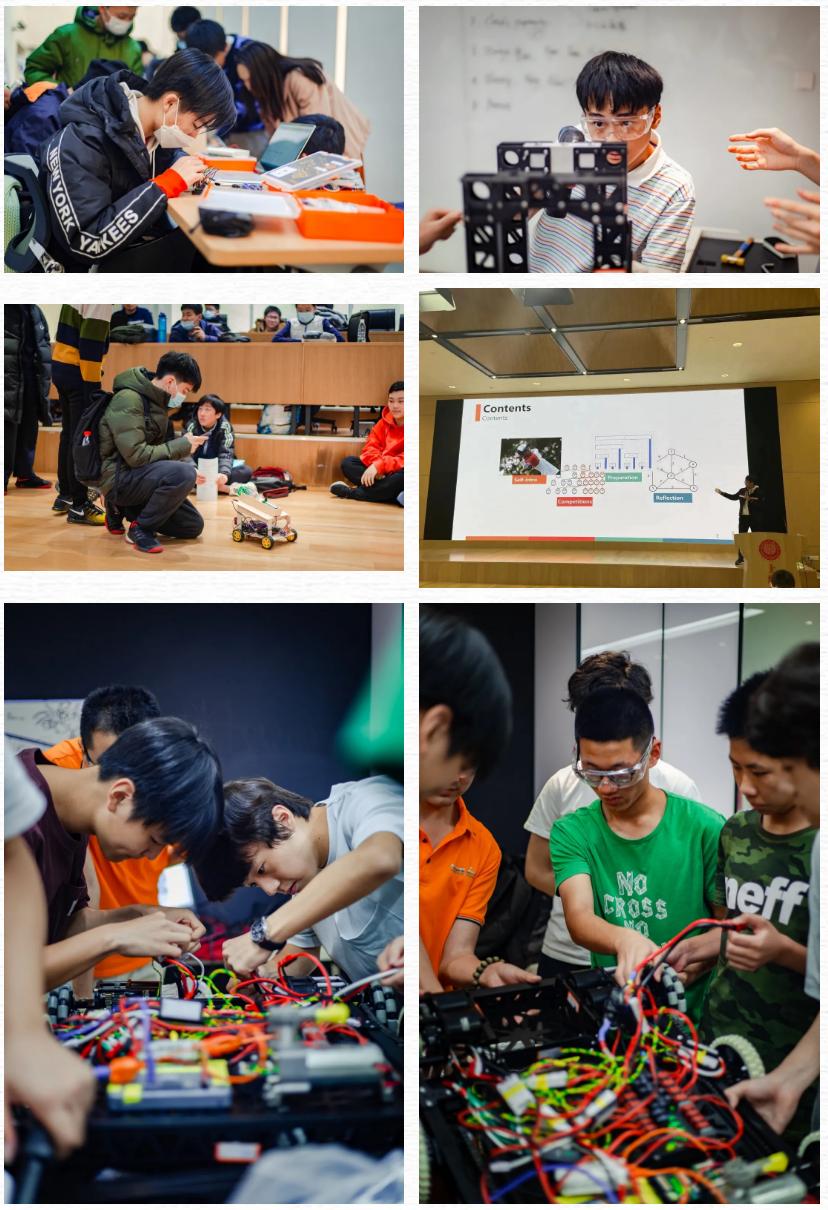 Under the atmosphere edification and cultivation of STEAM, high-school students independently develop and operate many WeChat official accounts in their student clubs. Some clubs are dedicated to helping students review the knowledge learnt in class , some clubs introduce the frontiers research results and talents in a certain field. The overall effect, thus, creates a good atmosphere for popularizing science. The school bird-watching club participated in the popularizing activities held by the Environmental Protection Bureau of Xuhui district. During the public interview, their dialogue aroused the public's awareness of water-saving and strengthened the protection of water resources from the perspective of students, which also reflected very comprehensive scientific literacy. 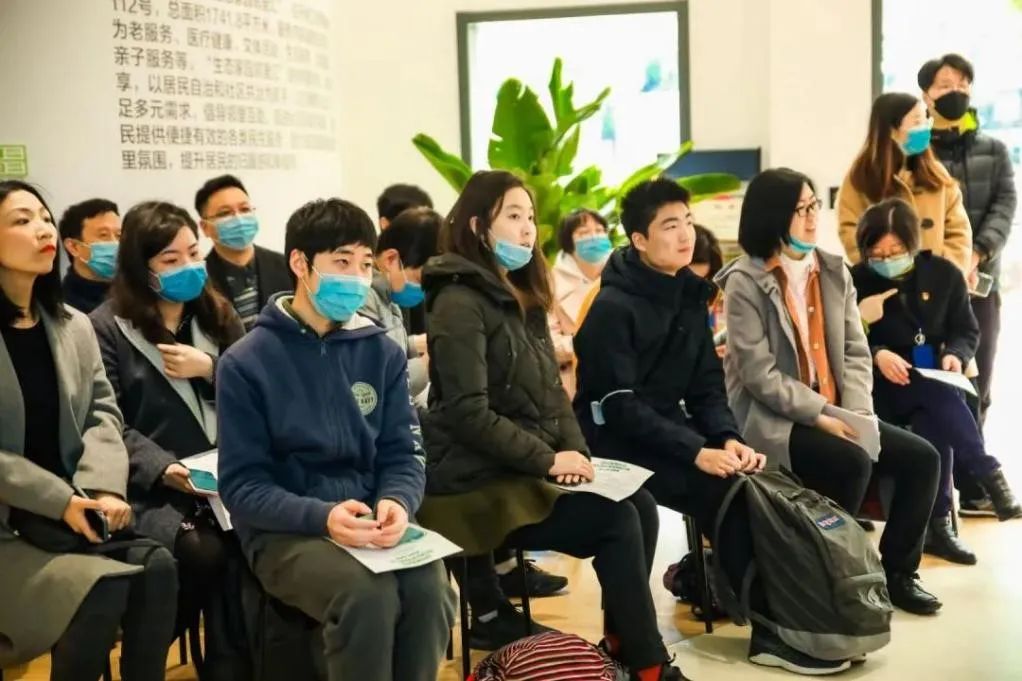 SHSIDers are full of youth and vitality and maintain a positive attitude and enthusiasm towards learning. They’ve overcome a lot of difficulties and are constantly surpassing and surprising themselves. Although the road is hard and long, we will get through it if we keep going. We believe that SHSIDers will make much more progress and become unique stars in their growth paths.