Different from the previous annual sports meet, this autumn has something special in store in the Sports Carnival, focusing more on teamwork rather than individual success. 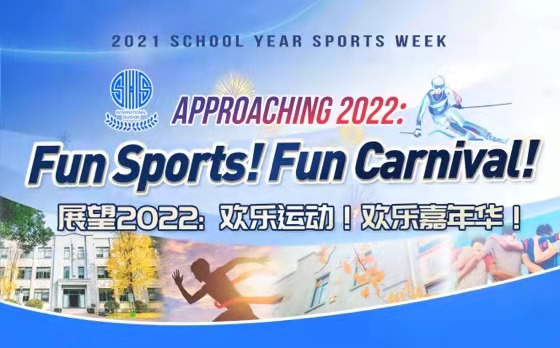 At noon on October 14th, the opening ceremony took place in the indoor basketball stadium, with the high-school students watching through live stream.

The students’ gymnastics performance was first, having 25 students from each grade performing. Next came the ASB students’ dance and an exciting pop dance from SHSID Pop Dance Club (SPDC). The deafening cheers and applause from the crowd exploded throughout. 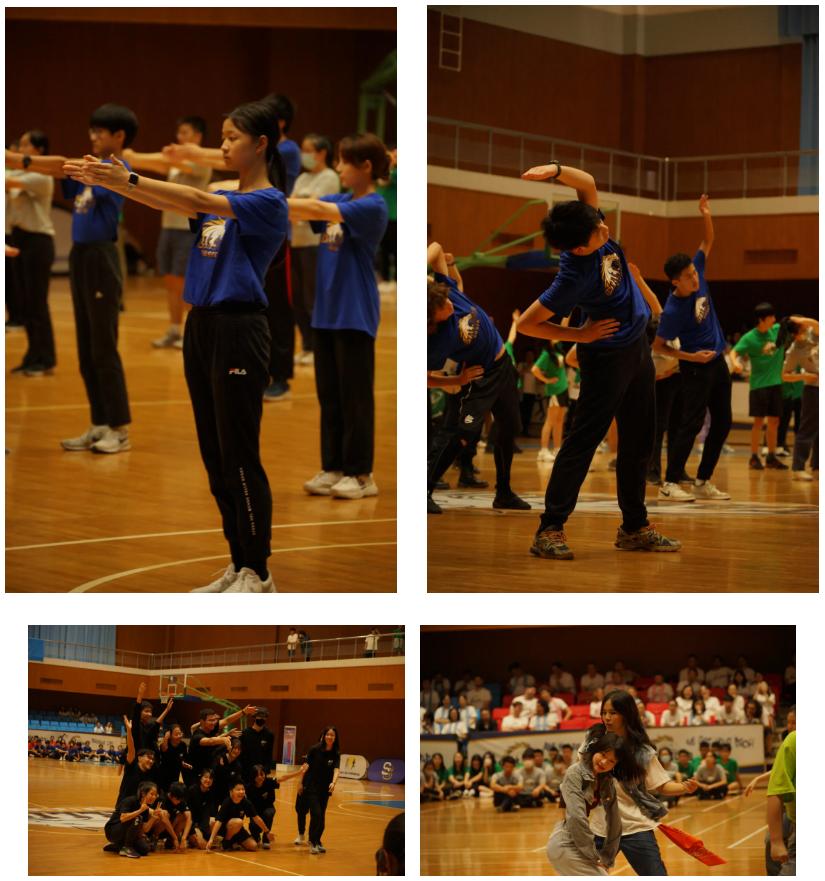 Then, the athlete spokesman stated her athlete’s oath: to respect and abide by all the rules, and have the spirit of fair play. All the high-school teachers then performed aerobics, with the students laughing and cheering along. At last, Principal Ma delivered his speech, encouraging the students to take a break from their academic pressures and immerse in the joy sports brings. He encouraged the students to enjoy themselves and announced the official start of the Sports Carnival. 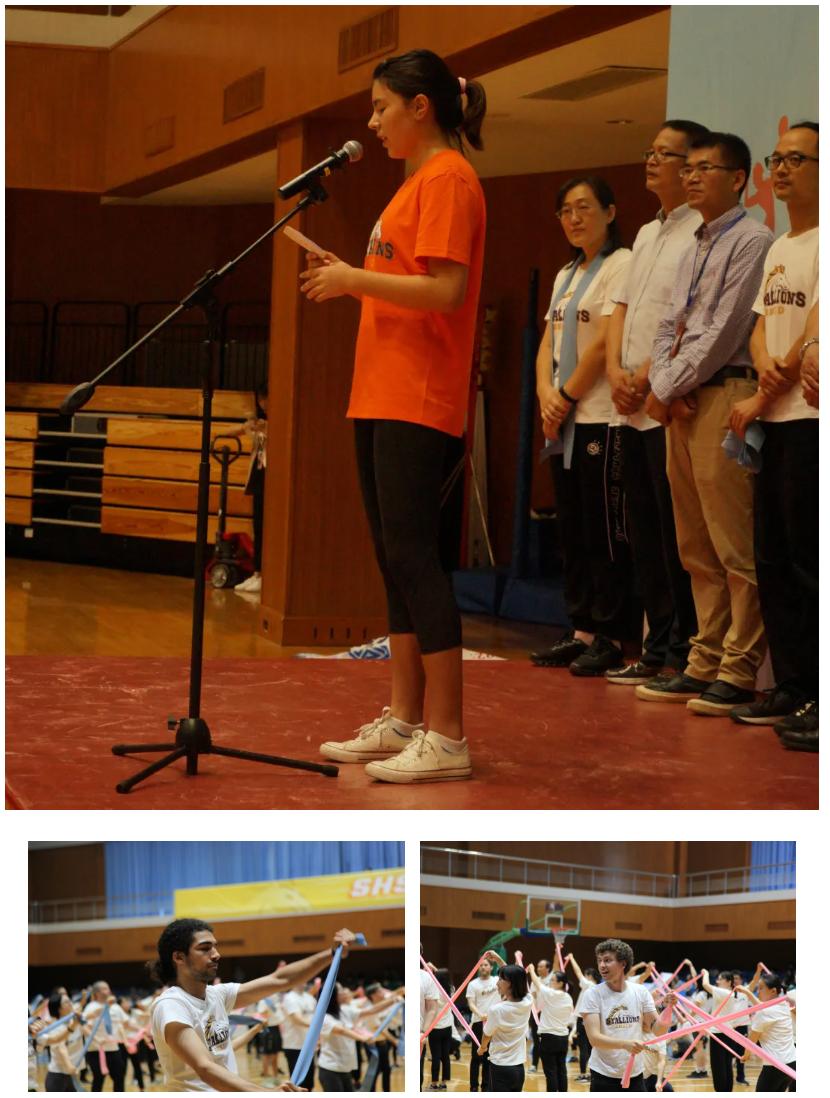 Ice sports have always been an internationally renowned sport, but they have been difficult to promote in Shanghai due to venue restrictions and weather conditions. With the Beijing Winter Olympics approaching, Shanghai High School has brought a gift to the new school year - a brand new ice rink to encourage students to enjoy the charm of ice sports while abiding by the rules and taking safety precautions, as well as spreading the sportsmanship of striving, progress and never giving up.

At 2pm, the ice rink on the ground floor of ZhongXing Building was officially opened to the eager participants. The youngsters, who were wearing protective gears for the first time, hobbled, stumbled, flowed or were on all fours, and their enthusiastic laughter dispersed the coolness on the ice. The "Frozen" event has a unique charm and is "heating up" the campus. 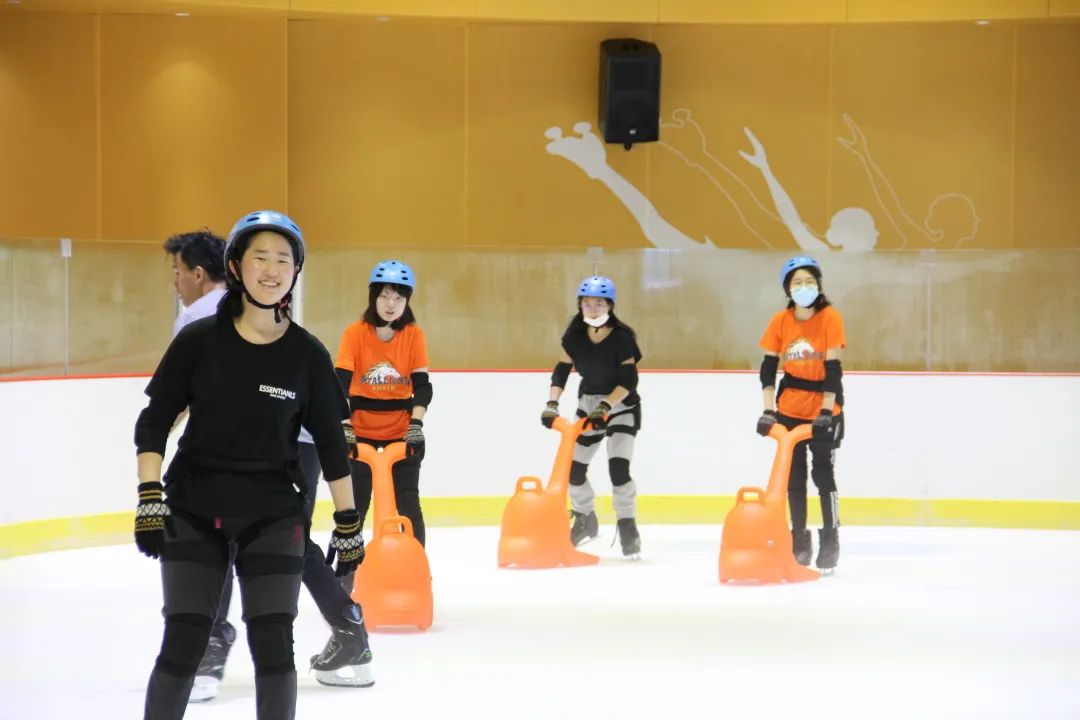 On the afternoon of October 14th, on the occasion of the high school’s Sports Carnival, the Stallions volleyball team members had the honor to have a panel talk with former national team setter Ms. Zhu Yunying and Shanghai Men's Volleyball Team's coach Mr. Shen Qiong, as well as 4 team members. 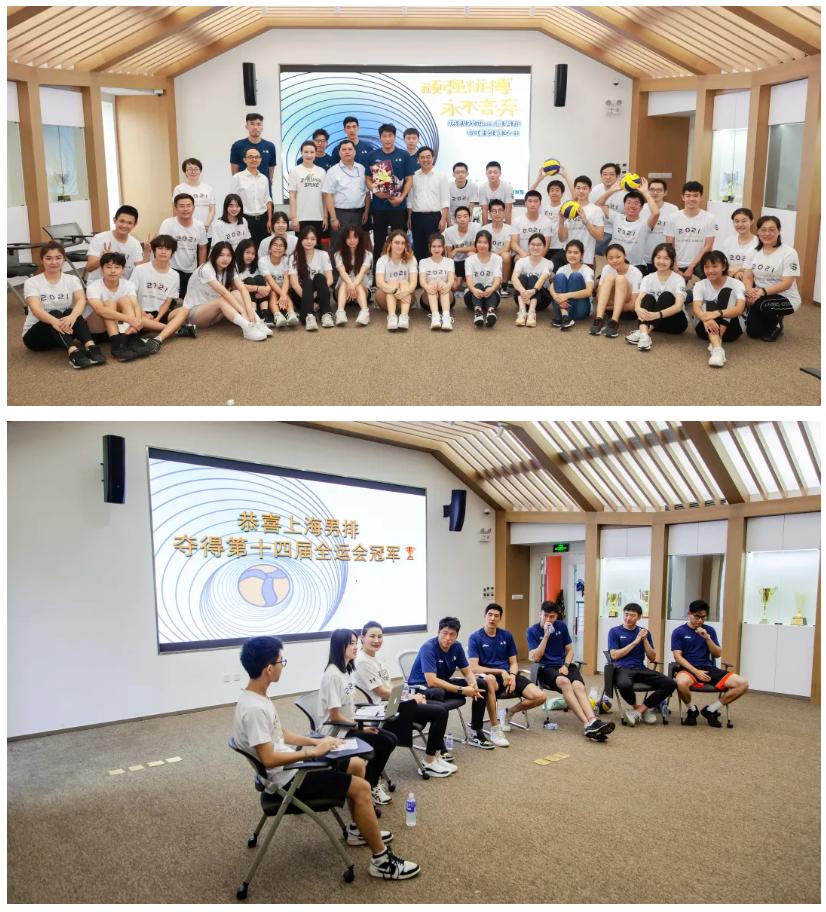 The attending students first congratulated the Shanghai Men's Volleyball Team for winning the National Championship at the 14th National Games. Afterwards, the enthusiastic students seized the precious opportunity to seek answers and expertise from the champions in front of them. The students’ questions were of high quality, ranging from how to find one's calling in sports at a young age, to how to deal with injuries or pressure from social media; from  the similarities and differences of men’s and women’s volleyball skills and tactics, to game data analysis as well as athletes’ training rhythms and diets, etc. The guests answered every question carefully. For example, Ms. Zhu Yunying explained in detail the development trend of women’s volleyball and men’s volleyball to become more powerful and rapid. At the same time, she pointed out that Asian teams including SHSID’s Stallions still are in need of paying attention to their defensive play and how to receive more so than just their attacking offensive play. She also emphasized the importance of using wisdom and working as a team to achieve victory. During the talk, Coach Shen Qiong and the players also shared the details of their hard preparations on and off the court during the National Games from different angles, allowing everyone to see their true persistence, passion, and responsibility. 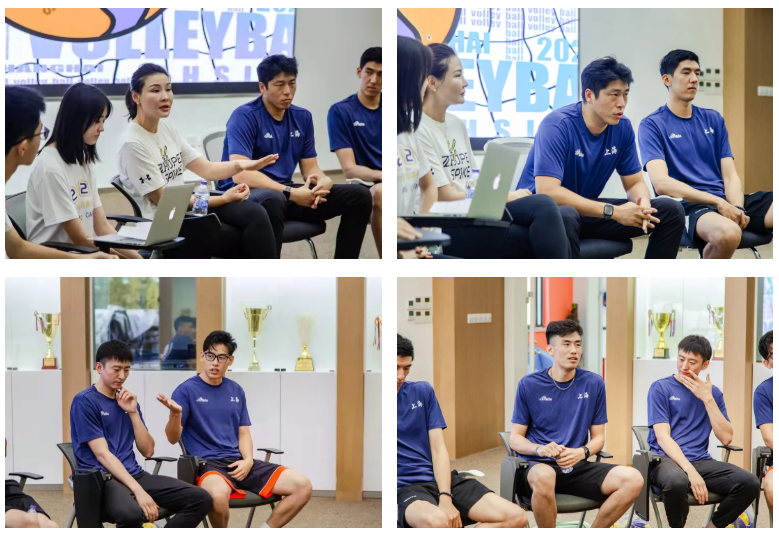 After the talk, the guests also teamed up with the students to play and share advice. It is a rare opportunity to have such in-depth exchange and actual practice with the champion-level guests at a sports carnival. The students present were all greatly encouraged. Like the messages left by our guests, we hope that everyone will dream big and match it with hard work and pursuit of excellence not only academically but also in all aspects of living. 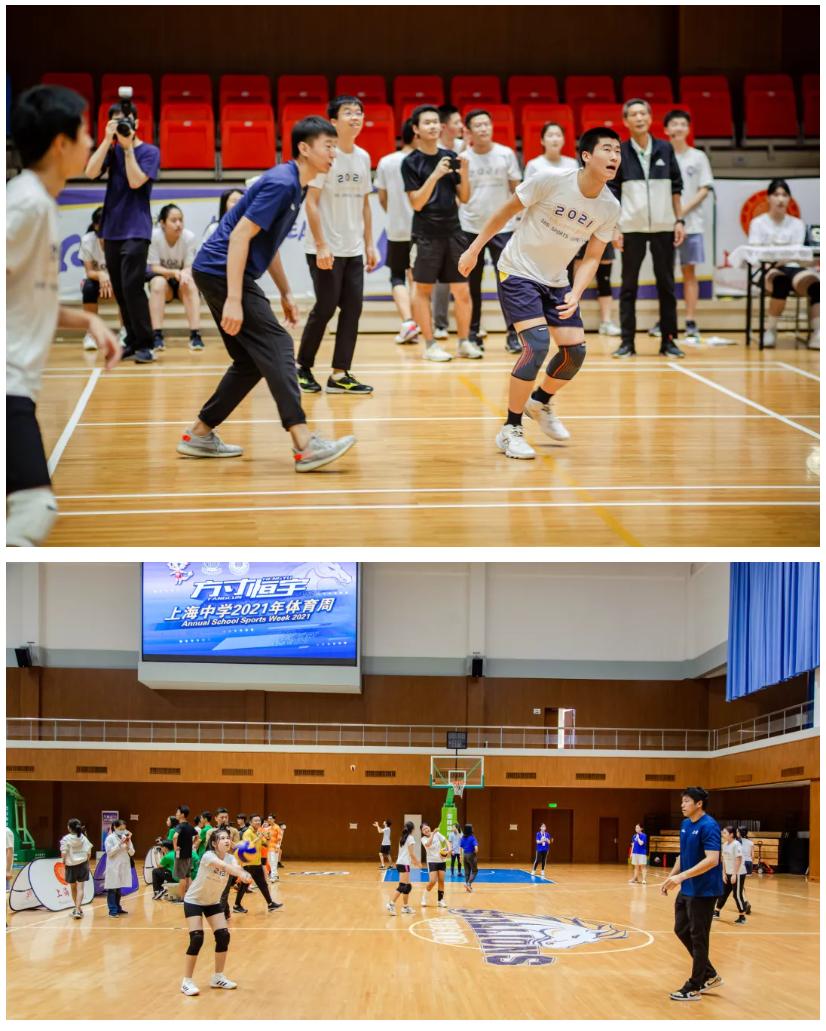 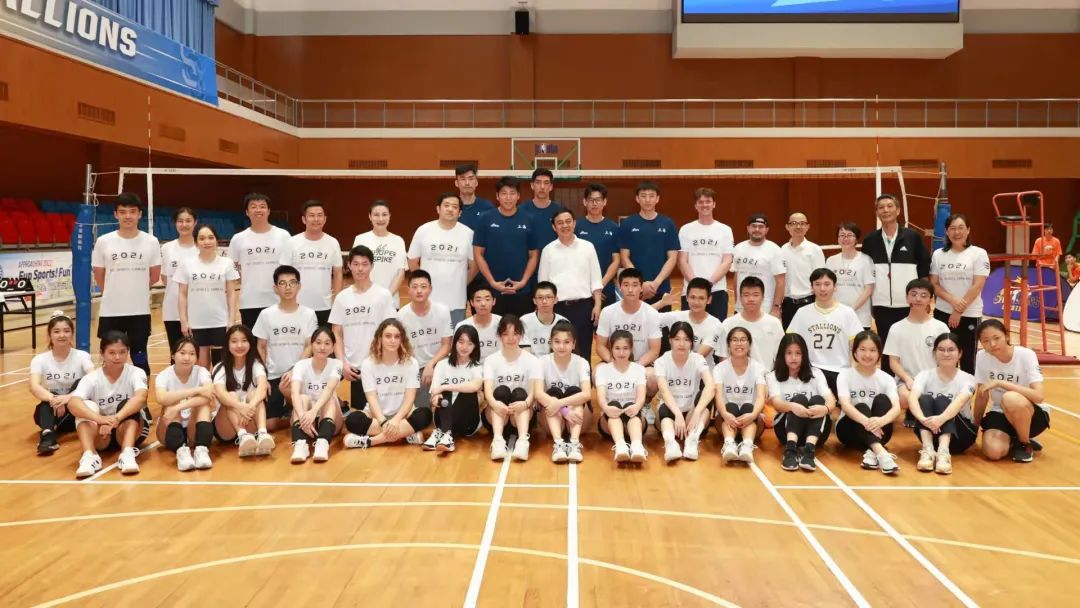 There were also a lot of teacher-student activities, including "Charity Run", "Teacher-Student Dodgeball" and basketball, volleyball, and soccer matches between teachers and students. Every game has attracted lots of attention and applause.  In all events, both sides also demonstrated the sportsmanship of courage and cooperation and had a lot of fun in the process of playing and competing alongside such talent. 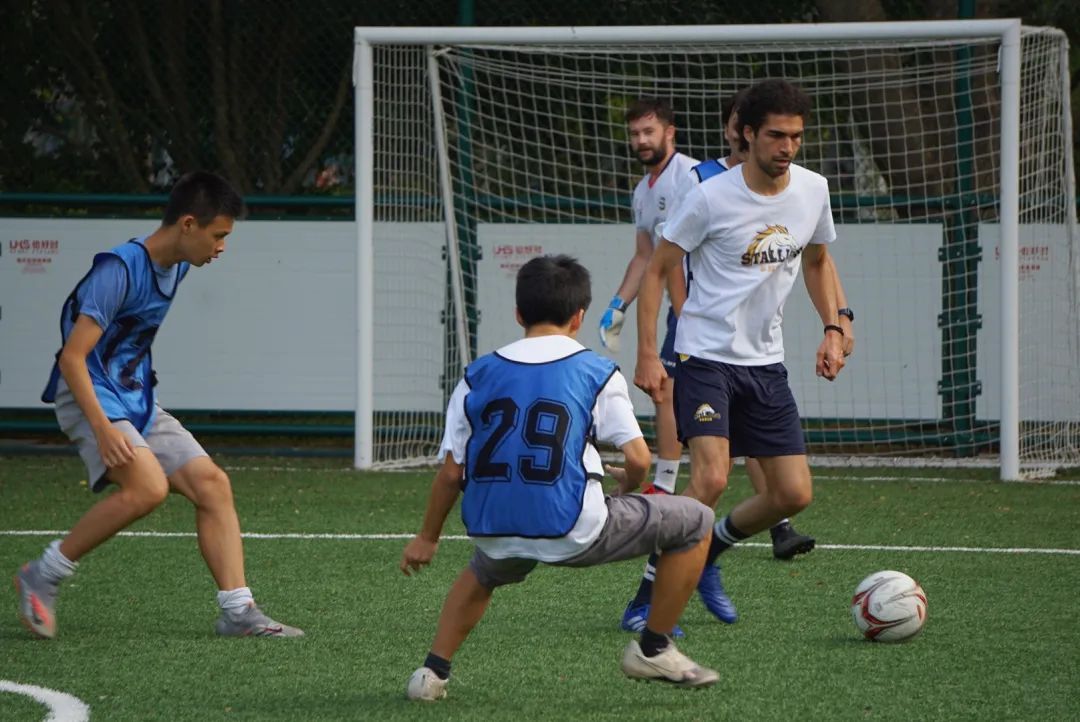 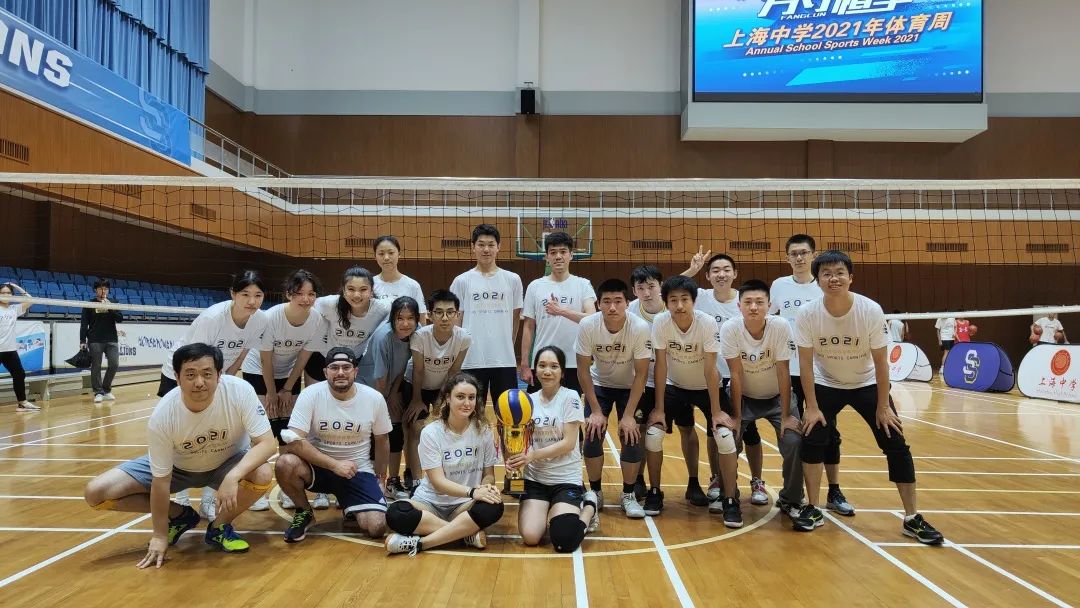 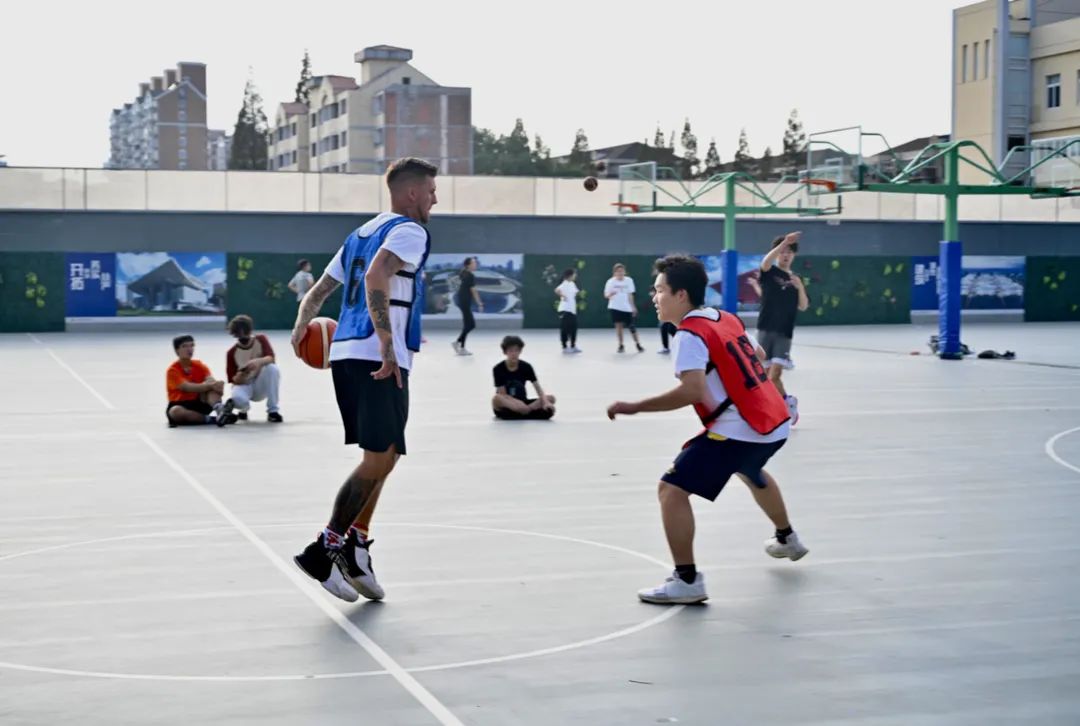 This Carnival is also featured with many class-based group activities, allowing students to enjoy the excitement of friendly team competitions.

In "Balloon Passing", students, in groups of six, blew up balloons then carefully passed them by no other body part than neck one at a time. In "Pony Crossing", where students could only step within hula hoops while traveling across a set distance, students discussed strategies in advance to finish the race the fastest. In "Big Foot" and "Wind and Fire Wheel", more than ten students became united as one by long plastic hoops and wooden boards, and rushed past the finish line together. What many students said they liked the most about this sports meet was the new mini WeChat program made by a student from the ASB which contained a personalized and constantly updating student ID QR code, recorded activity completion, individual and class rankings for the different events, as well as a timetable that updates in real time. With each event, students watched their class rankings go up or down, and were filled with a sense of collective honor.

Last but not least, the highlight of Sports Week was the cheerleading performances of each class. In addition to their intense studies, everyone had been planning, preparing, and rehearsing for several days. With the dynamic rhythm, the teams of each class performed with their best efforts, showing off their graceful movements and dancing abilities, winning the applause of many watching teachers and fellow students. 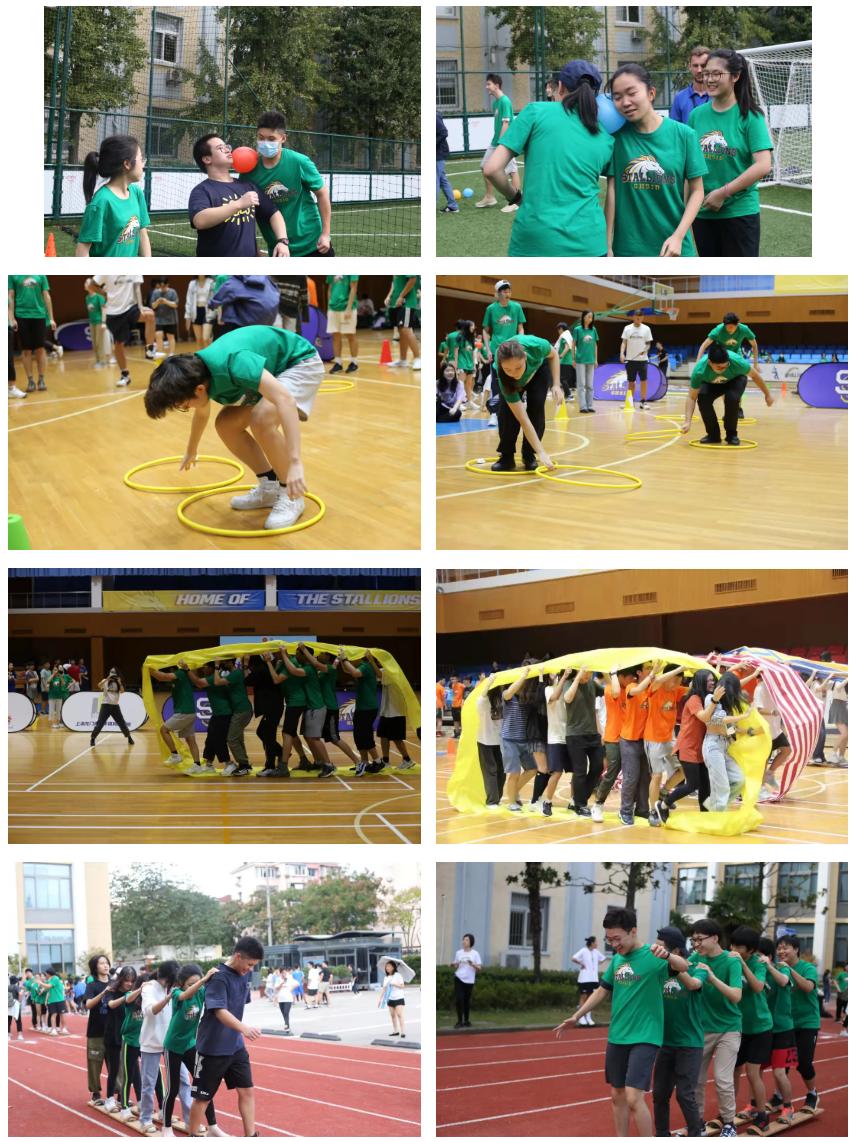 As the clock approached four, the Sports Carnival came to an end, but the sharing of the fun of sports and the spirit of sports brought by the week will continue on campus and in the lives of all the students and teachers. See you next year!